Yes, yes I know. Everything you’ve seen online for the last three months has been about a global pandemic. “Can’t we just get some kind of media that isn’t talking about disease?” No. In this article I’m going to tell you about some of the worst disease outbreaks in recorded history, and some other side information I find particularly interesting.

The Plague of Justinian was the first major pandemic to be recorded in mainstream history. The disease was very similar to the Bubonic Plague–the Black Plague–discussed later. The Byzantine Empire took the brunt of the disease, with an epicenter in Constantinople (modern day Istanbul), though outbreaks were recorded across many port cities in the Mediterranean. The pandemic struck in 541 AD during the rule of Justinian the Great. By the next year the disease had mostly run its course, but there were recurrences happening until 750 AD. The final death toll sat at 25 million- nearly 10% of the world’s population.

The Bubonic Plague, also called the Black Plague, is the most deadly pandemic humans have experienced. The Bubonic Plague originated in Asia sometime in the early 14th century and slowly made its way toward the rest of the world via trade routes like the Silk Road. The Plague first reached Europe in 1347 when trade ships from the Black Sea arrived in Sicily. The following epidemic period is called the Black Death. The disease was very deadly and extremely contagious. It was said that even touching clothes could spread the plague. Someone could go to sleep perfectly healthy and be dead by the following morning. Someone infected with the bubonic plague would expect to have extremely high fever, boils or cysts all over the body that sometimes swelled to the size of an apple, and intense diarrhea. Europe, Asia, and the Middle East were devastated by the Plague. The pandemic has never really ended as outbreaks continued for almost one hundred years. The end of the Black Death left Europe with half its population, and Asia and the Middle East each lost nearly the same proportion.

Smallpox has existed on Earth for thousands of years, but the largest and most devastating outbreak of smallpox began in 1492 at the start of the Columbian Exchange. As European explorers began to cross the Atlantic to “discover” the New World, they brought gifts of gold and silver to trade with the natives. What these explorers didn’t realize was that they were carrying much more than gold and silver. The Europeans carried diseases to which they had built immunity over generations. The Natives in the New World did not have such immunity. The Americas were a flourishing region with rich history and culture. It is said that prior to European contact, there may have been as many as 20 million people living in the Amazon basin. The first European to explore the Amazon, Francisco de Orellana, reported in his memoirs hundreds of elaborate, organized cities with dense populations and robust infrastructure. Some of these cities may have been as big as London or Paris at the time. No Europeans travelled as deep into the Amazon as Orellana for 23 years, but when they did, they did not see these elaborate organized cities of millions of people. They accused Orellana of lying (a paradigm generally accepted until remnants of these cities were discovered due to deforestation in the Amazon). The reality is that when Orellana and his men first travelled the Amazon river, they brought smallpox with them. In the time it took for the next explorers to return, smallpox had swept through the Amazon basin and ravaged each and every settlement. Once all the natives were dead, the jungle was free to grow on its own and take over the land that the cities once occupied. The Amazon basin is just one example of how smallpox impacted the whole of North and South America. It is estimated that by the time the disease had spread through both continents, 90% of the native population had died. There is no final death count because there is no way of knowing how many natives there were before the outbreaks began.

The next outbreak is one that is particularly interesting. In 1832 there was an outbreak of cholera in England and Wales. Cholera is a water-borne bacterium that causes severe diarrhea and can sometimes lead to death by dehydration if not treated properly. The outbreaks in England and Wales were significantly devastating because people were living in crowded cities without proper sewer infrastructure. People had no choice but to dispose of their waste in the street or in a hole in their basement. At the time, scientists generally agreed that cholera was spread through a “miasma in the atmosphere” which is essentially a fancy way of saying it spread through smells- needless to say they had it wrong. The interesting thing about this cholera flareup was not the disease itself, but rather the response to the disease by one man, John Snow. John Snow was a doctor living in London at the time of the outbreak. He was the first scientist to put forth the hypothesis that cholera spread through contaminated drinking water, but he was rejected by the scientific establishment of the time. Snow did not let others’ disapproval slow him down. For years he collected data from several neighborhoods in London, plotting cases of sick people and water pumps on maps. Snow quickly realized that many of the cholera cases were concentrated around the same water pumps, but his theory was still rejected by the scientific community. It wasn’t until 1854 that Snow was able to convince authorities in the London neighborhood of Soho to put a lock on the Broadstreet pump, a water source that Snow theorized was contaminated with cholera. Snow was vindicated when, after the pump was locked, cholera cases in the surrounding area nearly vanished. Snow’s discoveries changed the way scientists look at public health, and became the basis for modern epidemiology and germ theory. The cholera outbreak in London mostly ended in 1854 after health officials traced cases to water pumps and shut down contaminated sources. All in all the series of outbreaks claimed over 50,000 lives.

The Spanish Flu was a particularly devastating outbreak of the H1N1 Flu virus that sprung from the close-quarter contact of the trenches and barracks of World War One. It became the world’s first truly global pandemic. Despite its name, the Spanish Flu did not, in fact, originate in Spain. At the time, many countries in the world were subjected to frequent media blackouts and censorship. Spain, on the other hand, was the first country to openly report about the virus’s impact, thus the name Spanish Flu. The virus originated in the trenches of WWI, more soldiers were killed by the Flu than were killed in battle. When the war ended in 1918 and soldiers returned home to their friends and families, they brought the Spanish Flu with them. This accelerated the spread and ensured that the virus would reach every corner of the globe. The Flu ravaged cities in every country, forcing authorities to pass ordinances closing businesses and public gatherings. Nearly 500,000,000 people were infected- one third of the world’s population at the time- and 50,000,000 were killed by the time the outbreaks slowed down in 1919.

Thanks to modern medical technology and an improved understanding of public health, in relative terms large disease outbreaks have significantly decreased in frequency and severity. In times like these when it may seem like the end of the world is in sight, and every news outlet is ramming inflammatory alarmist propaganda down our throats, it is important to remember that we have had it much, much, worse. Humans have struggled with disease for our entire existence, this is not a new development.

Businesses around the world have had to close their doors due to coronavirus. No one knows when things can go back to normal and our economy is suffer... 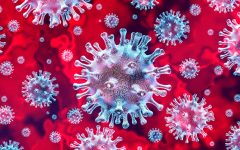 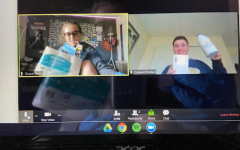 Ten Things to Do During Quarantine