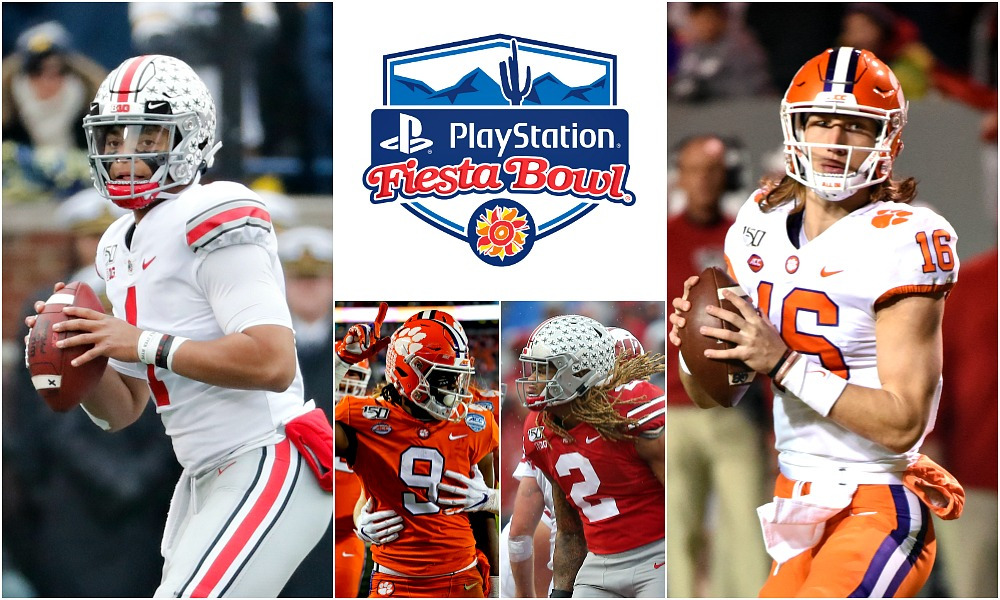 The Fiesta Bowl played on December 28, 2019 was a battle to the end for the #2 Ohio State Buckeyes and the #3 Clemson Tigers.

Each team strove for excellence through 2019. Both ended their regular season with a conference title and an undefeated 13-0 record. Clemson’s biggest win was against #24 Virginia 62-17 in the ACC title game. Clemson had one win against a ranked opponent in the regular season, including title games, due to a very slim number of ranked opponents played (one). Ohio State’s biggest wins were VS #8 Penn State 28-17, @ #13 Michigan 56-27, and Wisconsin. Ohio State played two games against Wisconsin. One at home with Ohio State securing a victory 38-7 against a #13 team. One in the Big Ten title game with a score of #1 Ohio State 34, #8 Wisconsin 21.

Ohio State and Clemson had a phenomenal season, possessing the #1 and #2 spots in the FBS for highest point-scoring margins against an opponent. With undefeated records and conference titles on their backs, it was inevitable that the two teams would enter the College Football playoffs. The question was: who would they play? It all depended on where Ohio State ended up in the final CFP rankings. Would Ohio State be #1, or LSU, another elite undefeated team and conference champion? The College Football committee bases its final rankings off several factors, including record, resumé, conference games, and ranked opponents played.

The Committee primarily focused their attention on the two teams’ conference games. #2 LSU absolutely smothered #5 Georgia 37-10. Ohio State, having struggled several times in the first half VS #8 Wisconsin, pulled through in the second half and claimed their victory 34-21. The edge was given to LSU, and they would soon play #4 Oklahoma in the Peach Bowl on December 28, 2019. The Tigers would advance to the championship after dominating the Sooners 63-28. This left #2 Ohio State to play #3 Clemson in the Fiesta Bowl in Glendale, Arizona. Clemson opened as the 1.5 point favorite, and both teams arrived in Glendale six days before the big game, only a couple hours apart.

The last time Ohio State and Clemson met was in the 2016 Fiesta Bowl on New Year’s Eve. The Tigers shut out the Buckeyes 31-0. Deshaun Watson, now quarterback for the Houston Texans, and the Tigers completely wore J.T Barrett, now a quarterback for the Pittsburgh Steelers practice team, and the Buckeyes out.  However, many around the country knew that this time, the game would be different. This year’s Fiesta Bowl game had about 21.2 million viewers, making it the most-watched semifinal playoff game, that didn’t take place on New Year’s Day. Both teams had something to gain out of winning. Should Clemson win, they would feel great pride in knowing that they had beat Ohio State twice in a row. Should the Buckeyes win, they too would feel prideful, in knowing that they proved all of the doubtful announcers and people wrong. That they were capable of beating the Tigers and being one of the only teams, besides Alabama and Clemson, to ever advance to the CFP Championship.

Both Ohio State and Clemson are very elite football teams. The Buckeyes had been the most consistent team in the country throughout the season, packed with two Heisman finalists, and a phenomenal performance from the offense and defense. In the regular season, Ohio State didn’t let their opponents score more than 21 points. Clemson, the same way, with a Star quarterback who led his record-setting team to the playoffs. The Tigers had possessed multiple national titles in the past five years, including one last year. The Tigers’ offensive and defensive line showed immense levels of talent in their road to the playoffs.

Picture this: Ten minutes before kick-off. The weight of a championship is on your shoulders. Shutting everything out, you say in your mind, I can do this. I will get my team to the Championship game. Most likely, these are the emotions that Trevor Lawrence, Clemson QB, and Justin Fields, Ohio State QB were feeling right before the Fiesta Bowl started. A small amount of nerves, yet a huge amount of confidence that they and their team have what it takes to advance to a showdown VS LSU.

The 2019 Fiesta Bowl was a fantastic matchup. Clemson won the toughly-fought battle by the Buckeyes 29-23 in a very close game. Although there was much disagreement, both teams showed the entire nation that they deserved to be there. Touchdowns, missed and converted field goals, injuries, penalties, amazing players, runs, catches, tackles, and sacks made up this game. Every person who possessed knowledge of college football knows that there was undoubtedly great controversy in the Fiesta Bowl. All Buckeye fans were outraged at a momentum-changing targeting call and the reversal of several touchdowns. Clemson fans grew nervous with the targeting call as well, because Trevor Lawrence, Clemson QB, was lying on the field for some time. Potentially losing their star quarterback to injury could have cost the Tigers the game, and Ohio State fans can definitely relate to the risk of losing a key player to injury. OSU’s starting quarterback, Justin Fields, had been dealing with an MCL injury and was “80-85%” going into the game. All Buckeye fans breathed a breath of relief when Fields was tackled and was able to get up on his own power. So, although they wanted to win this game, Ohio State fans did feel empathy for an injured Lawrence.

On another note, Ohio State fans argue that the reason Ohio State lost the game was because of all the, what they felt, ridiculous calls. Many believe that the reversal of many touchdowns cost them the game, and the last drive of the game, where Fields’ pass to the end zone was intercepted, securing a Clemson victory, wouldn’t have been a game-saving try. Fans believe that Ohio State walked into the stadium that night and played like the better team. However, Clemson fans argue that Ohio State lost because they simply weren’t as good as the, what they felt, fantastic Tigers team. Clemson is very talented. They have made the trip to the National Championship game three times prior to this season. Led by a brilliant coach in Dabo Sweeney, the Clemson Tigers, and their fans believe that they were the better team in the game.

All in all, the 2019 Fiesta Bowl was a great game, and each team’s fans enjoyed watching their team progress throughout the season. Clemson went on to the National Championship game in New Orleans, Louisiana, and fell to LSU 42-25. Both the Buckeyes and the Tigers will be losing star players to the NFL draft and the end of college, but both have extreme talent coming in next year. Although the season didn’t end as both teams had hoped, Ohio State and Clemson will be packed with unbelievable skill next football season, and I know that every fan is looking forward to that. 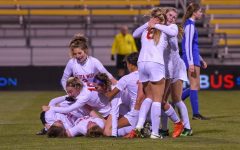 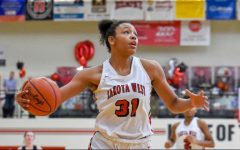