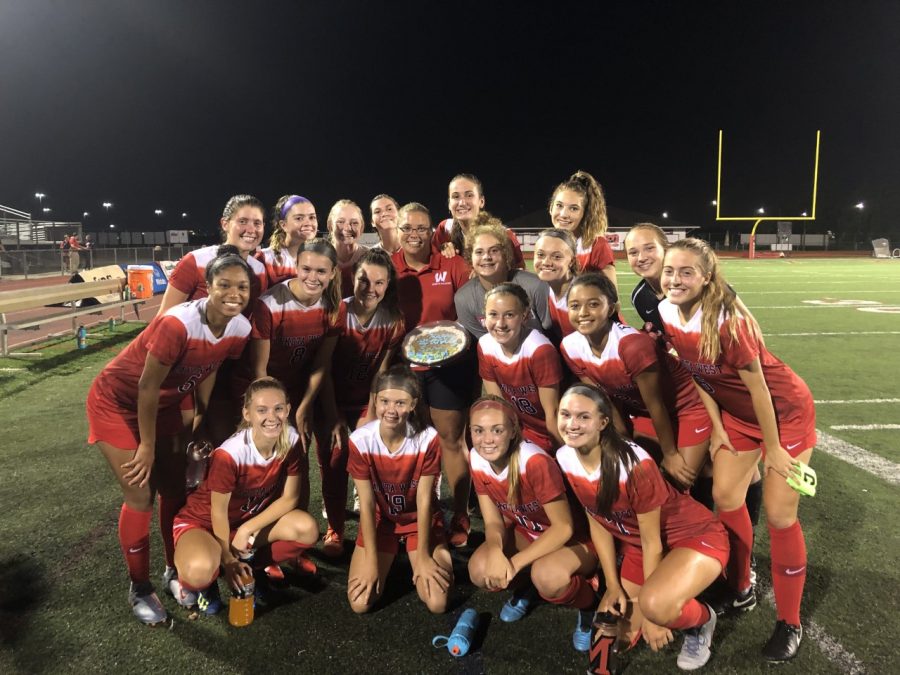 Scoring goals and blocking shots, the Lakota West Girls Soccer Team is making an unprecedented run this season in hopes of achieving their high goals with even higher spirits. With a top five national ranking this season, the girls are off to a great start. This season, the team is aiming for the program’s second state title and are expected by many to do great things. So far this year, the girls overall standing is (10-0-1) with 5 regular season games remaining. Looking back on the season so far, many of the players have said that Loveland and Mason were the two indicator teams for the season. Sydney Jones,  a junior outside defender, said they are both “quality teams that are very exciting and competitive.” As the season has progressed and the girls have played each already, it has become evident that the Lakota West Soccer team is a force to be reckoned with as they won (3-1) and (2-1) against Mason and Loveland respectively.

As postseason nears, the entire team is looking forward to the future and junior goal-keeper Maddie Prohaska says that she is “so excited for the potential her team has” as well as the “family-like bond that is being created each and every practice.” This jam-packed season has come with lasting memories for the team members. Sydney Jones says, “I’ve loved this season so much because of the support we get from everyone.” Of the 21 players on the team, nearly half (9) are seniors who have been part of the program since freshman year. Tori Kelley, one of the three team captains, states that everything the team has worked for over the past four years including coaching changes and the hard work each player puts forth on and off the field, has ultimately paid off this season. She noted how “the underclassmen have really found a great way to fill new roles each year and the team has come together for the same end goal of winning a state championship.”

Several of the girls on the team have committed to D1 schools, including juniors Sydney Jones and Kailyn Dudukovich to Ohio State, Maddie Prohaska to Auburn, Jenna Sitarski  to Ohio Northern, Regan Meyer to Marshall, Madison Snowden to Valparaiso, Brooke Brockman to Cleveland State and Julianne Hureau to Kenyon College . These lady Firebirds will continue to keep the ball rolling through October and hopefully create many more magic moments, coming home with a state title.