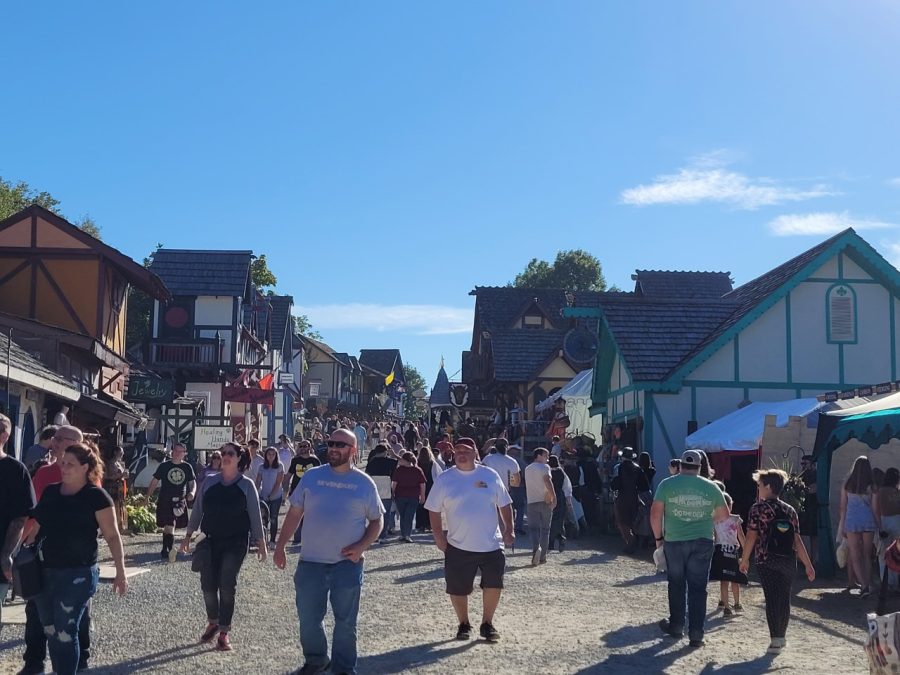 The most obvious ingredient for an over-the-top Renaissance fair is plenty of medieval scenery and cosplayers to fit in. Though cosplaying might give you the shivers, accurate and immersive shops and events are essential to making the Renaissance Festival. The Ohio Renaissance Festival succeeds by entertaining its guests by having jousting, turkey legs, shops full of Renaissance period clothing, and displays like the medieval torture museum and the washerwomen. Shows specific to the weekend you visit may be offered as well, such as the Caber Toss (a competition to see who can throw a log the farthest, yes that is actually the event) for ‘Highlanders Weekend’. The shops were built in short periods with little attention to detail though, not surprising, but certainly an area that could be improved upon. Personally, I would also enjoy more demonstrations of combat or craftsmanship. Even if historical accuracy is not the name of the game Renaissance fairs have another important dimension; fantasy.

Everyone has seen media that uses Europe’s medieval-style as a stage for fantasy stories, to many the fantasy aspect is the real draw of Renaissance festivals. Accompanied by acrobatics and magic acts, Medieval Fantasy costume sellers and cosplayers are densely packed at Renaissance Festivals and add life to the background. I was pleased to see the number of vendors selling horns and other accessories weren’t on every corner but had several options to buy from. I do, however, believe that some of the similar clothing shops could have incorporated unique fantasy cosplays to spice up the experience of creative cosplayers.

Even though fantasy adventures or Medieval history may not be to your taste, the Renaissance Festival also offers a hand to craftsmen that are typically buried in normal life. Among my favorite booths at the Renaissance Festival is a bladed weapons booth located at the front of the Fairgrounds. Home to swords, knives, and halberds, anyone with an interest in weaponry won’t have an issue taking their time here. Of course, there are many booths with blades along with fine leather craftsmen, woodworkers, and forgers. Besides, it doesn’t always hurt to try something new.