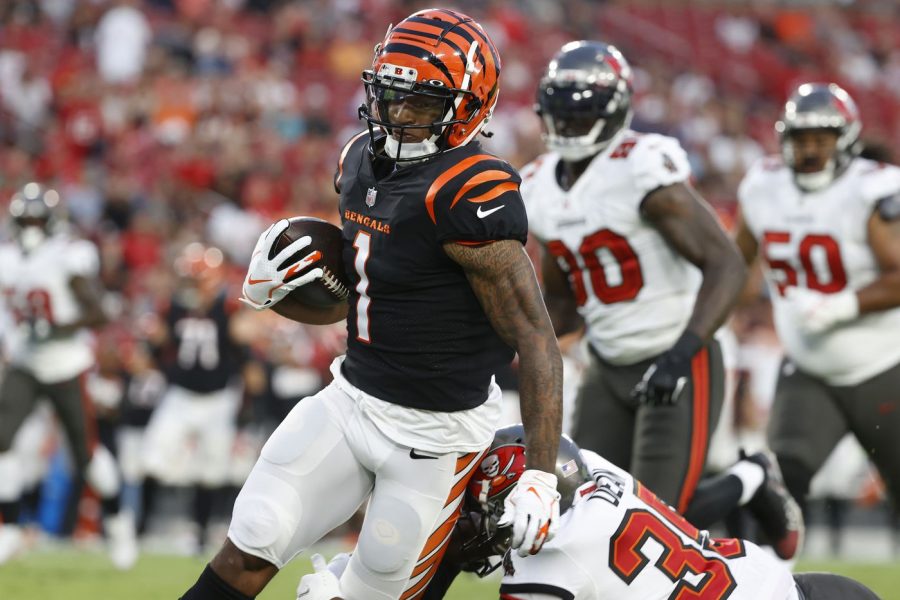 As backward as this may sound, it is a great time to be a Cincinnati sports fan. The Bearcats are looking to make a serious push to get to the playoff, the Reds are on the verge of going to the playoffs for the second year in a row (which hasn’t happened since 2012 and 2013) and best of all, Joe Burrow is making his return to the Jungle to take on the Minnesota Vikings in week 1 of the 2021 NFL season. Here are some things to look out for on gameday.

In week 11 against The Washington Football Team, Burrow suffered from a catastrophic injury. Burrow ended up with a torn ACL, MCL, meniscus, and other unspecified damages, but after taking only 3 preseason snaps, Joe claims to be back to his regular old self. If Joe Burrow can stay healthy and perform the way he did before his horrific injury last season, he is the guy the Bengals need under center. While he only led the Bengals to only 2 wins in 2020, he could have won many more if it weren’t for the defense and former Bengals kicker Randy Bullock. Burrow could very well be a favorite to win comeback player of the year if he can stay healthy and proficient.

Let’s get this out of the way first, Ja’Marr Chase’s drop problem shouldn’t be a cause for concern. The 5th overall draft pick has struggled in what little preseason he has played, but the preseason exists for a reason. Rookies are supposed to make mistakes, especially receivers who sometimes take a while to adapt to the NFL. With the second round pick the Bengals selected former Fairfield Indian Jackson Carman. Carman may or may not end up in a starting role this year, but it is looking like this was a great pick. Carman should be with the team for a while if he performs the way he was expected to. In the third round the Bengals selected Joseph Ossai who was my most anticipated rookie. However, Ossai suffered a season ending injury in week 1 of the preseason. Then in the later rounds, the only truly notable selections were OL D’ante Smith, DT Tyler Shelvin, and kicker Evan McPherson, who is Randy Bullock’s replacement. Overall it wasn’t a bad draft and these rookies should really help the team win some games, especially McPherson who has a cannon for a leg.

In free agency, the biggest loss the Bengals faced was the loss of Carl Lawson to the New York Jets. However, the Bengals patched this need with former New Orleans Saint Trey Hendrickson who made the NFL top 100 list this offseason. To replace Geno Atkins at defensive tackle, Cincinnati signed Larry Ogunjobi from Cleveland. At corner, Mike Hilton and Chidobe Awuzie will be making their debuts in a much-improved secondary. Trade-wise, just this week former first-round pick Billy Price was traded to the Giants for defensive end BJ Hill. All of these transactions just go to show how much the Bengals are working to strengthen the defense after a few years with lackluster production. Then, to protect Joe Burrow, former Viking Riley Reiff will be making his Bengals debut.

All in all, the Bengals and Vikings seem to be fairly evenly matched. I think the new offensive line is better than people give it credit for and the new defense is far from perfect, but it is still much improved. If Joe Burrow is really back to his old self and he can stay injury-free I see no reason Cincinnati can’t win this game. I predict the Bengals will win 27-24 if all goes well.