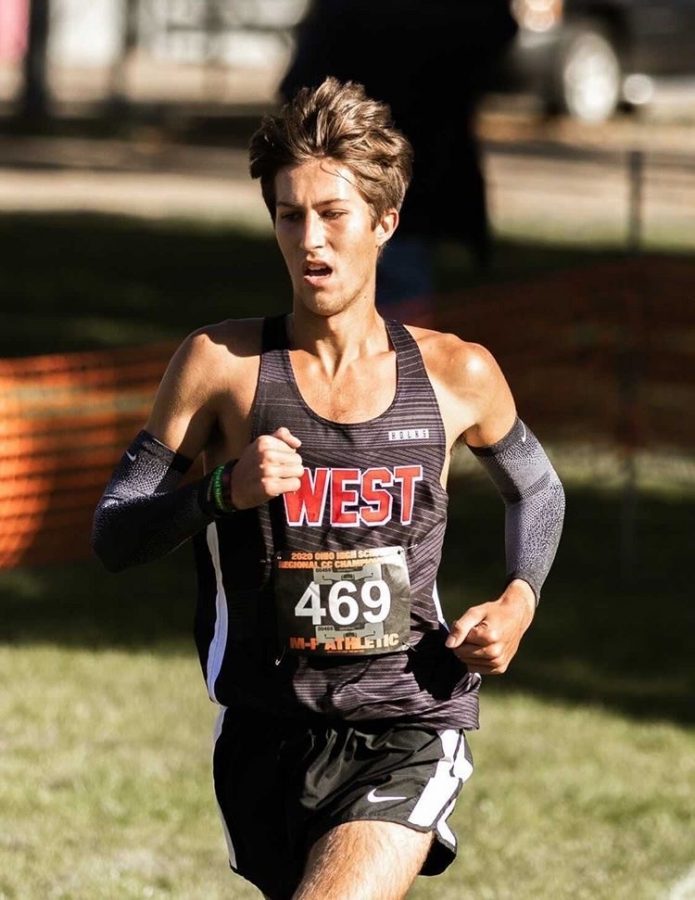 Running. When most people hear that word, they are filled with dread. They only think of pain and exhaustion. However, for Cole Cronk, running is a way for him to prove himself to others. He is constantly striving to beat not only himself and his teammates, but the clock. Cole has poured his heart and soul into cross country and reaped many benefits. He is now not only breaking his own personal best records but also shattering school ones.

Cole began his running career in fifth grade while competing in The Lakota Optimist Runs and this turned into running for Freedom’s school team. During one of the final races in sixth grade, Cole set the meet record. It was at this moment Cole understood he had a future in running. He began to develop a relationship with running, Cole then yet again beat another meet record during the GMC junior high meet at Plains Junior High. Cole won nearly every race that year, and his team was first in the state his eighth-grade year. Coming off his record-breaking eighth-grade year, Cole continued to high school with his passion in running.

The first two years of his high school career were somewhat lackluster, as Cole did not experience the same level of success he had achieved in his earlier career. However, at the end of his junior cross country season,  an innate change was sparked within him and his teammates, and they began to make their mark in the Greater Miami Conference. According to Cole, “our unfulfilling junior year season, plus the idea of a possible college recruiting season made me really driven.”

In 2020, the Lakota West Cross Country team not only went to State for the first time but actually took first place. Cole rounded off the scoring and acted throughout the season as a leader and a backbone to the team.

Like many high school athletes, Cole dreamt of participating in his sport at the collegiate level,  but deciding where to continue academically and athletically was difficult. Cole was looking at universities such as Florida State, Ohio State, East Carolina, Miami Ohio, and Missouri due to their strong running programs and academics. Unfortunately, COVID  impacted his recruiting process. Unlike other sports, Cole had to be the aggressor in the situation; constantly reaching out to coaches and teams all across the country. Cole eventually became of interest to  Florida State University. COVID did not allow Cole to visit the campus. Therefore, Cole made his decision based on the coaching staff and teammates not the size or appeal of the campus.

Cole’s journey with running started way before he put on a Lakota West jersey. He’s excited for the rest of the season and has hopes to win a state championship. He is accomplishing his childhood dreams and can’t wait to see what the future has in store for him at Florida State.